Hamilton County’s Board of Elections is showing off a new voting system. The Hart InterCivic’s Verity Voting System is being hailed by the BOE director and Ohio’s secretary of state for its accessibility to those with physical limitations.

“That’s something my office puts a lot of focus on. There’s a gentleman in my office who’s in charge of making sure people of all different types are able to access voting regardless of their physical and mental abilities,” Secretary of State Frank LaRose says.

Most voters won’t notice a change, LaRose says. It’s still a paper ballot-based system with an optical scanner. “It’s a new generation. It’s much more state-of-the-art equipment. I think it’s going to be a better customer service experience for the voters to help them move through the process and make their voice heard.” 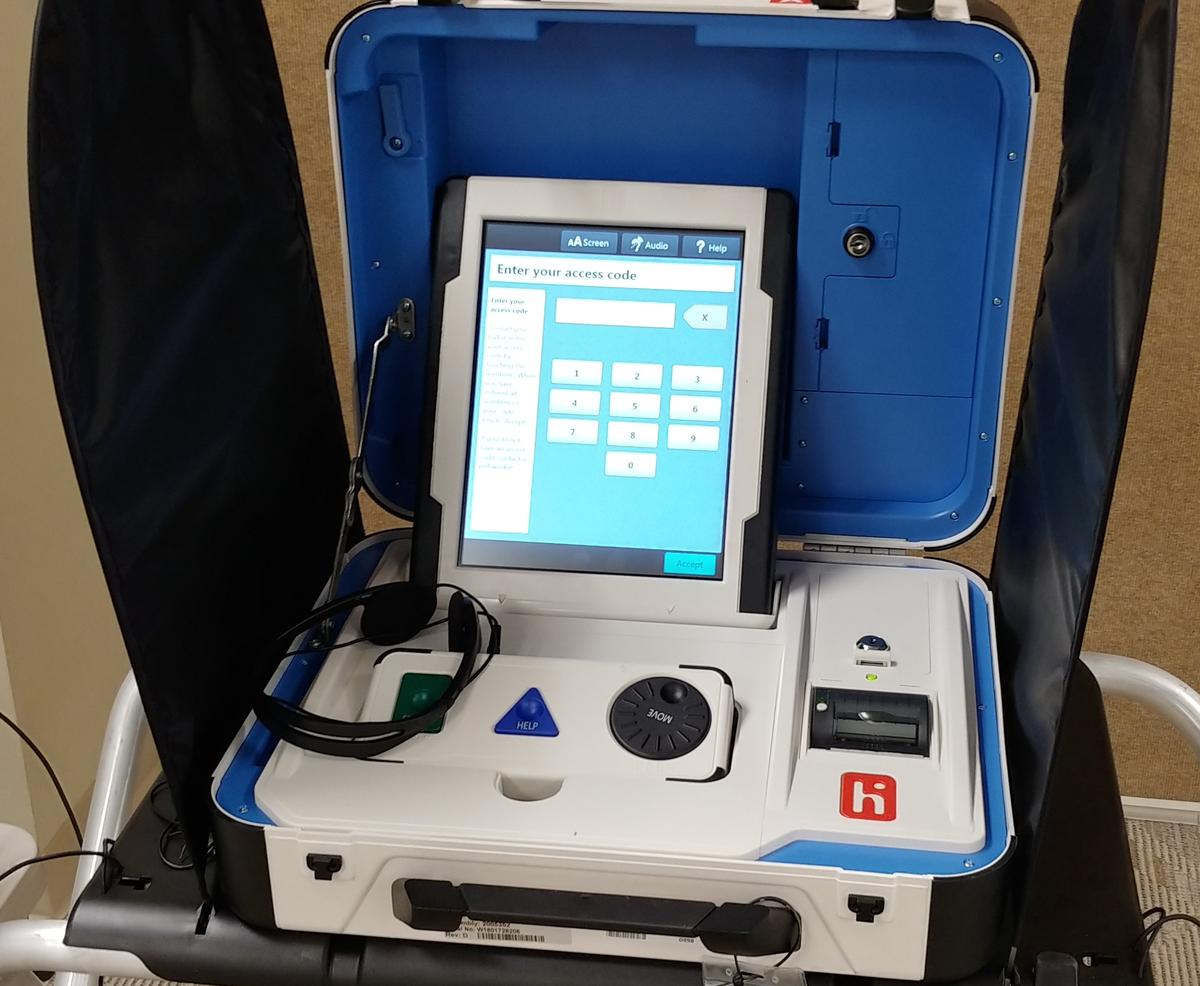 Voters with physical challenges will be able to vote with little assistance with the new machines.
Credit Bill Rinehart / WVXU

Ohio lawmakers approved $114 million to buy new election systems for counties statewide. The money was appropriated based on each county’s population. Hamilton County received $7.2 million and spent another $800,000 in local funds for the new system.

Hamilton County Elections Director Sherry Poland says the new system will debut in the May 2019 election.